Kamau Murray of XS Tennis hosts the Women’s Tennis Open, the only Black-produced event on the WTA tour, in Washington Park neighborhood on Chicago’s South Side

Chicago Tribune, Aug 27, 2021 “[Kamau] Murray is the founder of XS Tennis, a Black-owned-and-operated tennis facility in Washington Park, which hosted the Chicago Women’s Open this week. It is the only Black-produced event on the WTA Tour. The singles final is Saturday, capping the eight-day tournament.

Events like this have been a part of Murray’s vision since he first imagined the XS Tennis facility, which opened in 2017 as a way to bring top-level tennis to the city and to serve inner-city youth on the South Side.

“Chicago has a great tennis community,” Murray said. “And they deserve to be able to see tennis in their backyard.”

And Murray was intentional about how he built the event.

He found Black vendors for the project. The catering was done by Black people. He got the signage from a Black-owned printer, hired Black event planners and public relations staff and found volunteers mostly from around the South Side community.” 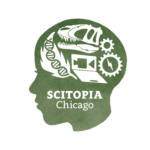